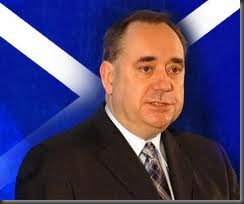 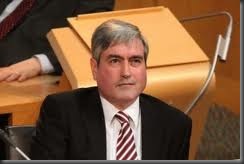 Whatever he is though, last night’s Leader’s Debate showed that he’s a giant among mice within Scottish politics. The three ‘also-rans’ that shared the stage were little more than lackie’s of their English overseers – mouthpieces for their party apparatchiks.

Eck The Fish wiped the floor with these light-weights and showed once again, that Scotland needs to wake up and relinquish the chains of tradition that have shored up the Unionists for far too long.

The saddest phrase in Scotland is “I’ve been a Labour man a’ ma life”… what is it they like? The name? Because that’s the only thing that’s remained remotely similar. How these “Labour men” love their socialist ideals – but ignore them when they’re dangled from the end of their noses.

Vote Labour if you must – enjoy your nuclear energy, your recession, your illegal wars, your spiralling bureaucracy.

Just don’t greet to those of us competent enough to think for ourselves.