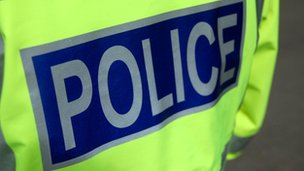 The Police service of Scotland have proposed closures of police stations throughout Scotland. This is a police decision dealing with police resources.

A Scottish Government spokesman said: “Operational decisions around the management of resources is a matter for the Chief Constable of Police Scotland.”

And still the thick, predictable and sadly ill-informed #bittertogether lot would have us believe this is somehow a SNP decision that has been cunningly and secretively foisted upon an unwary society.

That is simply not the case. During the time I spent working for SPSA throughout Lothian & Borders, it was absolutely apparent that a great number of police stations were unmanned and under-used. It doesn’t take a genius to work out that that situation was unsustainable.

There isn’t a section of Scottish society that isn’t feeling the strain of decades of Westminster misrule. Those who bleat “Vote No!” would do well to open their eyes and their minds – spending their time thinking about the huge opportunity facing we Scots rather than shoring up the decaying institutions that have forced these times upon us.